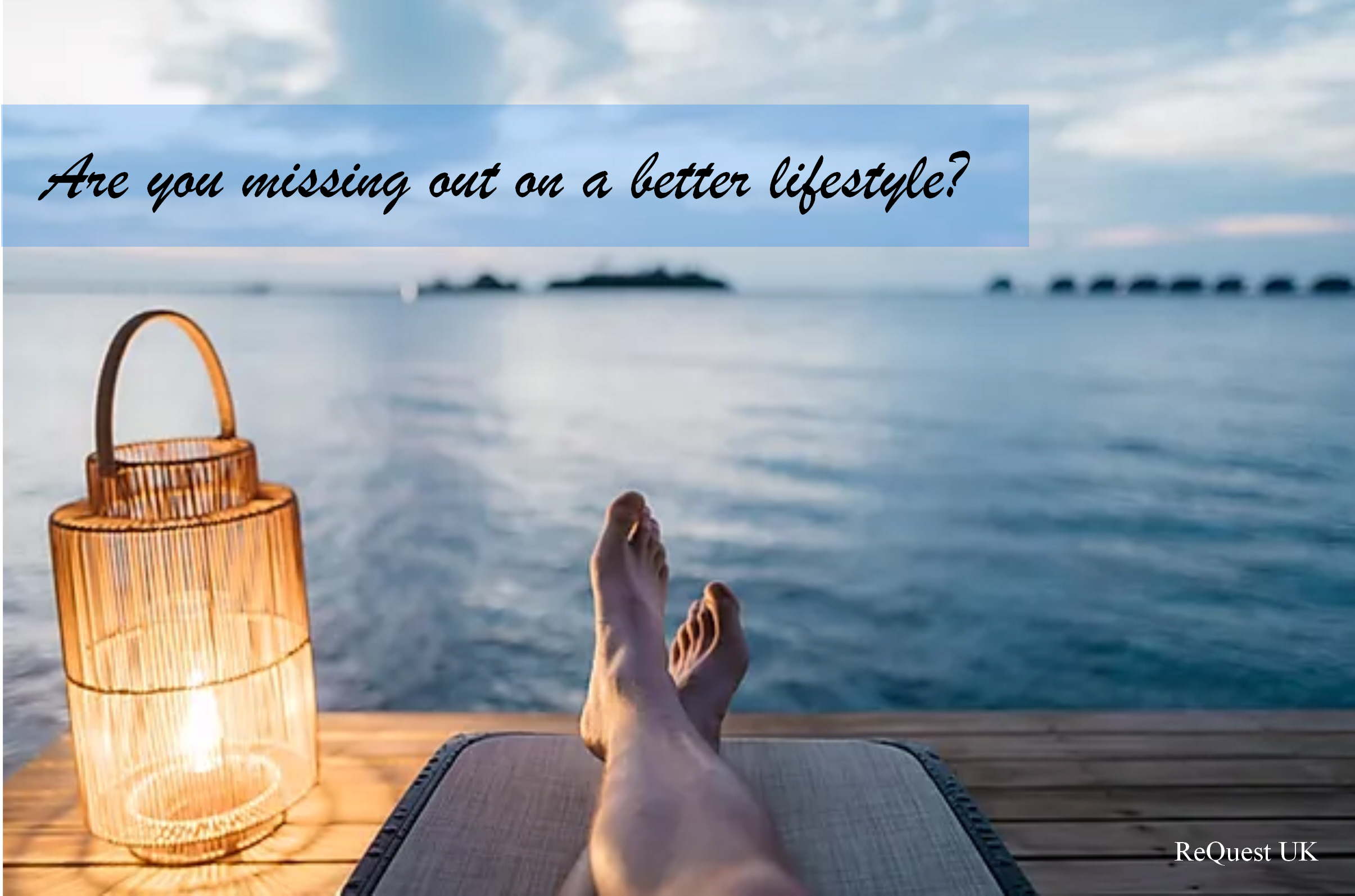 Suppose you and a couple of friends enter a competition. Which of the following two outcomes would you prefer: (a) you win £1000 but both friends win £2000 each, OR (b) you win £500 but each friend only wins £100. It’s a no-brainer, right? Any half-sane person would choose (a). After all, you get twice the amount of money! Surprisingly, though, many studies show that most people prefer (b). Strange, but true.

Actually, it’s not so strange: it’s a well-known phenomenon in the world of psychology. It’s an effect called ‘Loss aversion’, which means that there is a human tendency to hate losing more than we like winning. In the above example, you may get more money, but you perceive yourself to be ‘losing’ to your friends, so you opt for (b), where you ‘win’ – even though you get less money.

It may seem weird, but loss aversion is very powerful. In fact, according to various studies, we find that losses hurt about twice as much as gains make us feel good. And it’s an effect which shows up in almost every aspect of life. In consumer behaviour, for example, shoppers react more negatively to a price increase (losing) than they react positively to a price decrease (winning). And in personal relationships, it generally takes at several kind comments (wins) to make up for one critical comment (loss).

And loss aversion doesn’t just effect our behaviour, it affects our ability to perform, too. A good example of this is in golf. An analysis of millions of putts has shown that golfers are roughly twice as likely to hole a putt for par (missing would represent a loss) than they are to hole a birdie putt (which represents a gain). It’s estimated that, without loss aversion, Tiger Woods would have won approximately $3.5million more, over his career!

Why are we so afraid of losing? Well, essentially, it’s an expression of fear that has its roots in human evolution. Millions of years ago, when proto-humans had few possessions, the main ‘loss’ they could sustain was that of their life. A bad decision (e.g. to attack an animal for food) could result in death, so they learned to be risk-averse and weigh decisions very carefully. Today, the result of that adaptive pressure is a negative emotional response to loss. As Charles Darwin once said, “Everyone feels blame more acutely than praise.”

But if this is true (that loss aversion is a negative emotional response to loss), does it help if you’re wealthy? Answer – no. Being wealthy doesn’t help. For rich people, the pain of losing their fortune exceeds the emotional gain of getting additional wealth, so the rich often become vulnerable, anxious and over-cautious. Ironically, the more we have, the more vulnerable we are. Having accumulated wealth implies that we have more to lose than to gain.

And yet, this is a misperception: a result of an unconscious cognitive bias (loss aversion) that is causing poor decision-making (like choosing option A at the beginning of this piece). The reality is that, often, we will be better off if we are aware of the emotional impact of loss aversion, and take action to counteract it. Loss aversion is not a rule that must be obeyed – it is an unconscious process to be overcome!

And that’s the point of this article. It’s that we could all benefit from being aware of how loss aversion can pressure us to make a wrong decision. In the current context (Lifestyle Management), this particularly applies to relatively wealthy people. If you consider yourself among their number, it’s easy to leap to the conclusion (assisted by loss aversion) that taking on a personal Lifestyle Manager would lead to monetary losses and no significant gain. But, very often, the opposite is true: very significant gains in lifestyle quality are there to be had.

So if you’ve been considering taking on a personal Lifestyle Manager, and have decided against, ask yourself: what’s the reality here? Am I a victim of loss aversion? Am I missing out? There’s a good chance that you are! 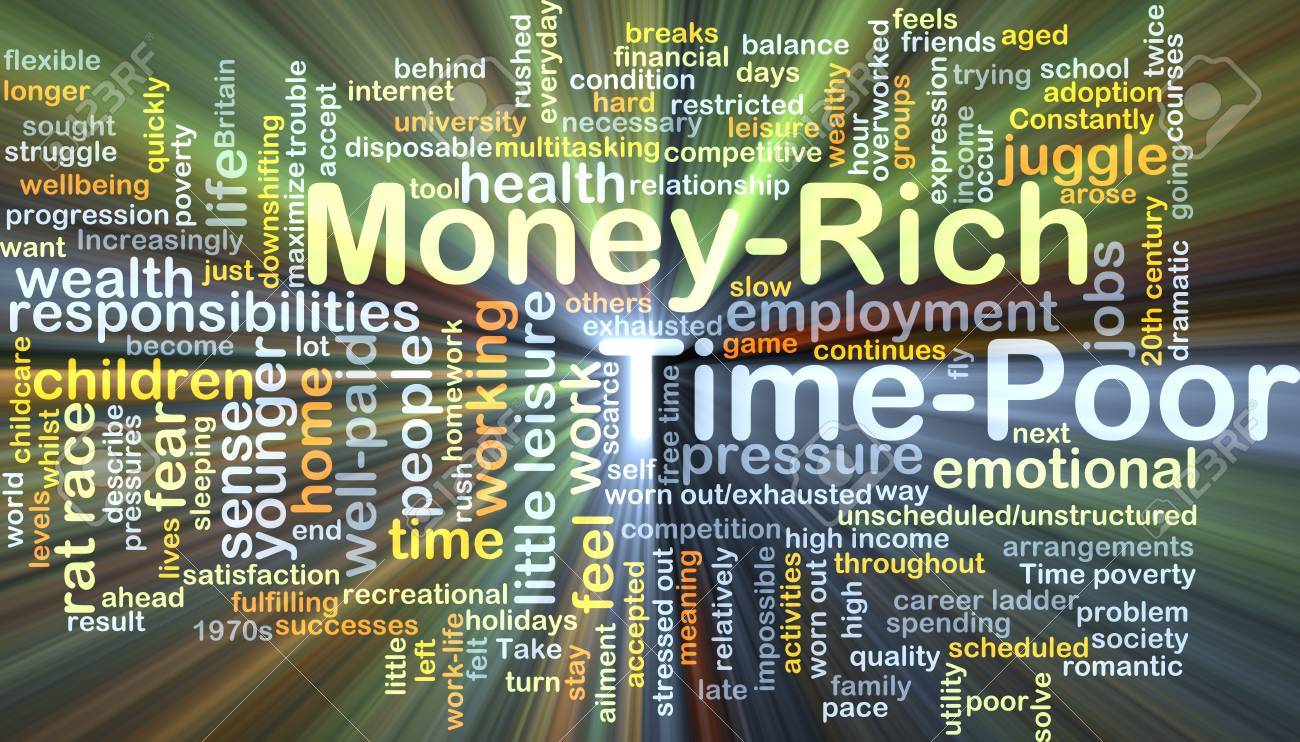 Money-rich, time-poor. It’s a phrase that comes from a book by Rob Parsons, called The Heart of Success: Making it in business without losing in life. And it’s a phrase which probably doesn’t need an explanation. Basically, though, it’s about achieving a proper balance between achieving business goals and maintaining a high quality of life. If you’re reading this, the chances are that it’s a problem you’re very familiar with.

But being familiar with a problem doesn’t necessarily make it easier to solve. Which is why so many people in this position fail to solve it – they make lots of money, but they continue to do all the drudge work. As a result, they miss out on many important aspects of life, such as having quality time with family and friends, and enjoying the downtime they deserve.

Of course, it’s a problem that been around for decades, even centuries. And the concept of a concierge dates back just as long. In fact, the roots of the word, “concierge” come from the Latin conserves, meaning “fellow slave”, though the word itself (“concierge”) is French, and means “keeper of the keys.” During the Middle Ages, you see, when the nobility entertained guests at their castles, someone (a concierge) was appointed to look after the keys to the rooms, and ensure that guests had everything they needed. This evolved into a more general role, so that, by the 1800s, many European organisations, ranging from government offices to prisons, employed their own concierge.

Today, of course, the word “concierge” is essentially just another term for personal assistant. And it’s a service that has proved so popular that it’s given rise to an entire industry. As more and more people find themselves victim of the money-rich, time-poor phenomenon, the demand for personal concierges have skyrocketed.  The (2018) global concierge services market size was valued at over half a billion pounds (£500 million) and is expected to grow by about 5% year-on-year, from 2019 to 2025. This should be no surprise when you consider that many top managers, VIPs, celebrities and other high net-worth individuals have recognised the enormous benefits of outsourcing routine or specialised tasks to help them achieve a better work-life balance.

Interestingly, though, the very popularity of the concept among the rich and famous has led, in recent years, to a misunderstanding. Most people think that a personal concierge is something which is affordable only by the ultra-wealthy. This may have been true once, but it’s no longer the case. True, a personal concierge isn’t within the means of everyone, but they are surprisingly affordable – especially when they are made available through specialist companies like ReQuest which offered tailored packages to suit individual budgets. If you’re looking for someone to work closely with you on every aspect of your life, and assume key responsibilities on a 24/7 basis, we can provide that person. However if you’re looking for somebody to work in a more limited capacity and take responsibility for the tasks you hate most , we can supply someone to meet those needs too. Basically, whatever your budget, we can work to it.

So, if you’ve been thinking for a while that it’s time you gave yourself more time to sit back, relax and enjoy the things you enjoy doing most – give us a call. We’ll be glad to help.